- Extract from All Who Pass 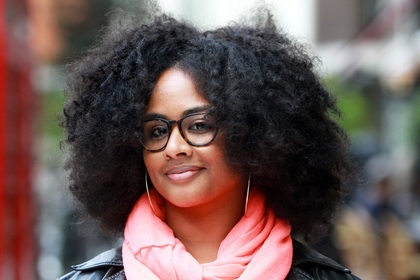 Amy Jephta is a bilingual Cape Town based playwright, director and columnist who completed her MA in Playwriting at the University of Cape Town. As a director, she was the first national recipient of the Baxter Theatre/TAAC Emerging Theatre Director’s Bursary and is an alumni of the Lincoln Center Theater Directors Lab in New York. She has worked as a mentor to community theatre groups based in Kwazulu-Natal as part of the Twist Theatre project, has been part of the South African New Plays Writing Programme at Wits University, and has been a voice and acting lecturer at CityVarsity in Cape Town and the Woodward School for Contemporary Art in Vancouver.

As a playwright, her work has been published in South Africa, performed at the Riksteatern in Stockholm and read at the Bush Theatre in London. Amy is currently completing her first Afrikaans feature film, as well as working on a commission from the Out In Africa Film Festival and developing several other short films. In 2013, she was on the Mail & Guardian’s list of 200 Top Young South Africans. Amy currently teaches Afrikaans acting to theatre and performance students at the University of Cape Town and is a conference director for the 2015 Women Playwrights International Conference.