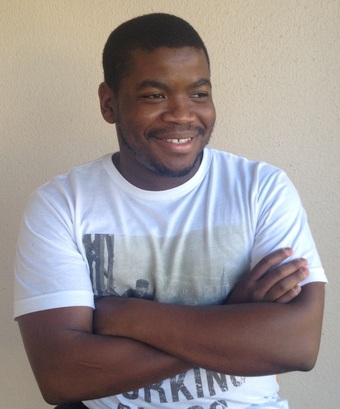 Khayelihle Dominique Gumede completed his BA (Dramatic Arts) at Wits in 2011 specialising in Performance, Directing and Writing. Dom has had the privilege of working professionally in all three areas of specialty. He has also worked in a number of creative administrative positions as well as a producer for television and theatre. Khayelihle is both a published playwright and academic representing a diverse creative career thus far. Some of Khayelihle’s highlights and professional credits include: ‘Sunjata’ (2011) Directed by James Ngcobo. ‘Bopha!’ (2012) Directed by James Ngcobo. ‘Mshika Shika’ (2012) Produced by DV8 and Premiered on Mzansi Magic. ‘Little Foot’ (2012) Written by Craig Higginson and Directed by Malcolm Purkey.

As a playwright, he has produced ‘Crepuscule’ (2014) Published by Junkets. ‘Milk and Honey’ (2013) Commissioned by the Market Theatre as a commemoration to the centenary of the 1913 Land Act. ‘Hard to Get’ Directed by Zee Ntuli, premiered at the Durban International Film Festival.
Contact Dom
Powered by